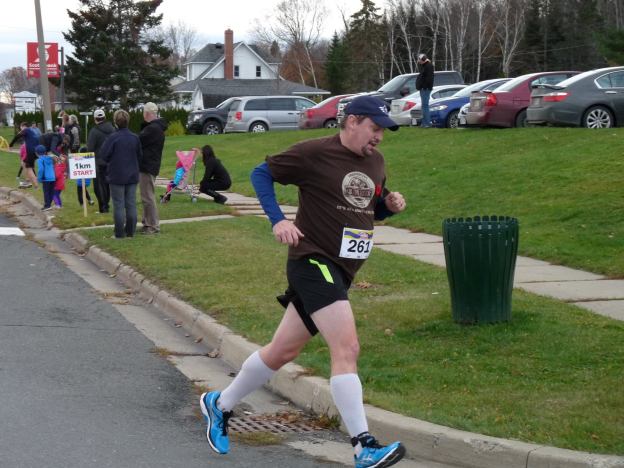 Fresh off another adventure distance run, Lloyd Chambers and Nicole McCarty of Fredericton are busy planning for the next part of a continuous recreation goal that hits particularly close to home.

Next month, two editions of the Fredericton Beer Run are scheduled to celebrate New Brunswick Day. But more importantly, they will help raise funds for diabetes research.

“From 2000 to 2006, I always did some sort of fundraising for diabetes, like a golf tournament. The running thing really just came about innocently, enough as I tried to get more active. And that all led to the Team Diabetes marathons and half-marathons.”

Earlier this month, Lloyd and Nicole were in Australia, competing on the Golf Coast half-marathon, a reward for fund raising $9,000 a piece for diabetes research.

“I have always run a bit through various phases of my life but about 10 years ago, I started getting back into races,” said Chambers, a native of Bathurst.

“It is pretty exciting because you get to support a great program, it is something personal for my son, you meet lots of people who are in similar situations and you get to do something to keep active.”

From a physical perspective, the various benchmarks in training and fundraising are important motivators in the overall process, Lloyd said.

“Sometimes, I find if you do not have a purpose, you can get a little bored. By committing to a goal and a fundraising team, you can make sure you enjoy the event when you get there.”

Lloyd raced his first marathon in Dublin, Ireland, and also participated in Iceland before his most memorable marathon in London, England, in 2010, along with 40,000 other runners.

From there, he continued with events mostly at the half-marathon distances in and outside the region. To assist their noble cause, they have organized races that are becoming more familiar on the New Brunswick stage.

Those were formed, in part, to help market the annual Fredericton Beer Festival, which Lloyd co-founded and takes place each March.

“We were looking for a way to do something fun and keep the Beer Festival visible,” he said.

It’s graduated to its own entity, with almost 300 participants last year alone. Further, a new Beer Run took place in Florenceville on May 28 and the inaugural Moncton event is scheduled for Aug. 5.

“It has its own character and it has grown to more than we ever thought,” Lloyd said.

In addition, they started up the B.S. Run (the Blood Sugar Run), a monthly 5K in the Fredericton area that has attracted anywhere from five to 20 runners, depending on the time of year. The warmer months, predictably, draw more racers, who represented a large range of abilities and speed.

“Running can get expensive, so when we launched it four years ago as a little bit of a fund raiser and awareness event to help people get active, There is no big cost commitment to come and run. It is just $5 and you can decide to come out and run that morning if you like.”

To train, Lloyd and Nicole will schedule some of their long outings together, if possible. But given work commitments and life as parents of three kids, they often train alone for the shorter distances.

“It helped me keep in shape and it gives me a mental break on the craziness of life,” he said. “I find it is a stress release for me when you are just running and not worried about anything else.

“It is also nice to see people who participate in your event accomplish their goals. If I can help just one person, it is very rewarding.”

Kevin Barrett’s column appears every other Saturday. If you have a suggestion for a feature story, email him at kevinbarrett16@gmail.com or visit barrettkevin.wordpress.com.