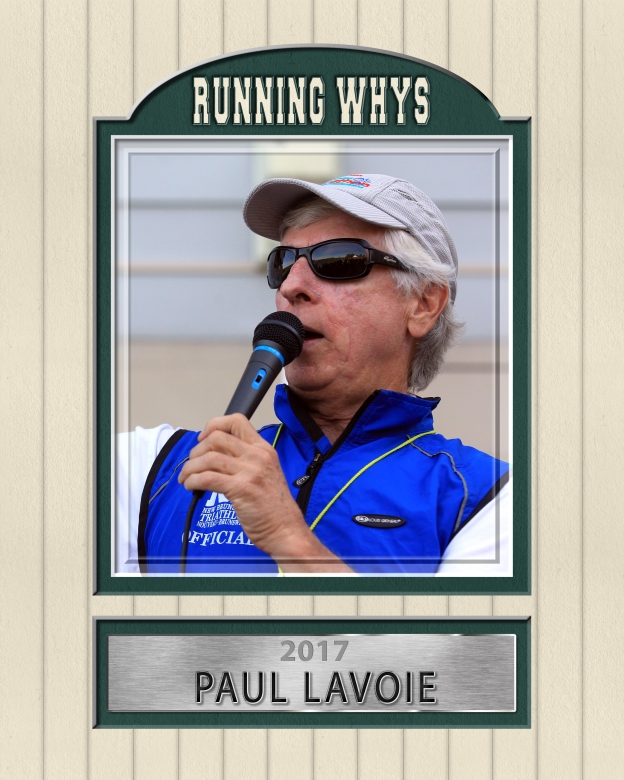 It was 1978 and Paul Lavoie had just returned to Fredericton to live after spending several years in Yellowknife in one of his early career postings with the federal government.

Once settled back in the New Brunswick capital in his role as a regional manager for Natural Resources Canada, he was comfortable with administration. But with many long hours at the desk, he realized he needed to get back into shape. END_OF_DOCUMENT_TOKEN_TO_BE_REPLACED

This story ran in the Daily Gleaner in September.

Erika Kubik’s return home has been nothing short of a dream.

The 32-year-old Fredericton native moved back to the city in December, re-establishing herself in the area she lived until she was approximately 10 years old.

What she discovered was a perfect venue for her reasonably new hobby – running. It’s a sport she took up four years ago and one that she credits for many positive attributes in her life. END_OF_DOCUMENT_TOKEN_TO_BE_REPLACED

This story ran in the Daily Gleaner in August.

Near Jennifer Spinney‘s house on the Carlisle Road there is a hill. It’s not any hill but the kind of incline that can get inside your head.

Whether it is biking or running, the climb can be daunting, a challenge that requires a mini celebration every time it is conquered.

Some call it a beast. END_OF_DOCUMENT_TOKEN_TO_BE_REPLACED

Erin Whitman, who graduated from NBCC in Saint John, started running at 34 years old and now had three marathons to her credit, including the Ottawa Marathon earlier his year. Here is her running story.

“My mom is confined to a wheelchair and cannot walk or even stand up, so I was running for both of us. And when the going got tough, I would remember why and who I was running for.” END_OF_DOCUMENT_TOKEN_TO_BE_REPLACED 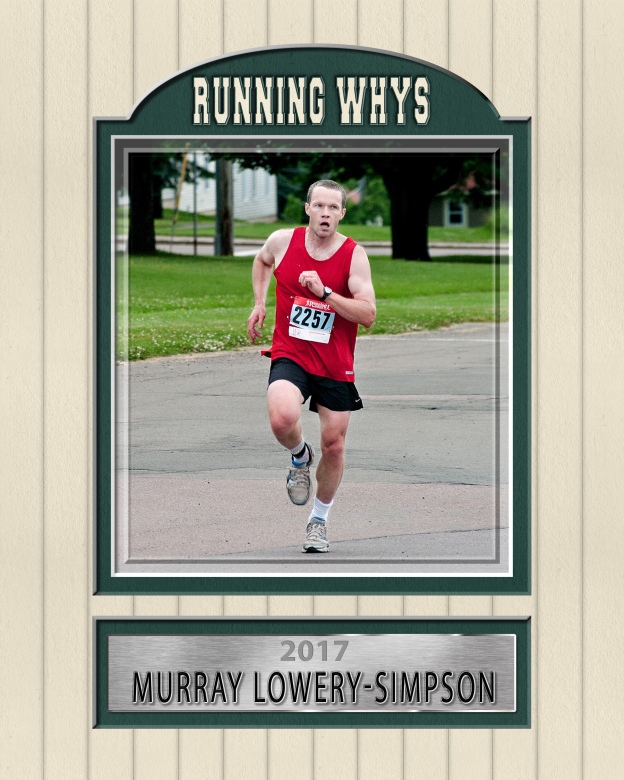 The story ran in the July 29 edition of the Daily Gleaner.

It’s been a while since those early runs for Murray Lowery-Simpson, taking part in his elementary school races as a grade school student in Halifax.

And while the results weren’t exactly the greatest, the experience of those first steps formed a formative base, one that assisted his hockey fitness skills as a teenager and subsequently led him to approximately 20 marathons as an adult, all after he moved to Fredericton around the year 2000. END_OF_DOCUMENT_TOKEN_TO_BE_REPLACED 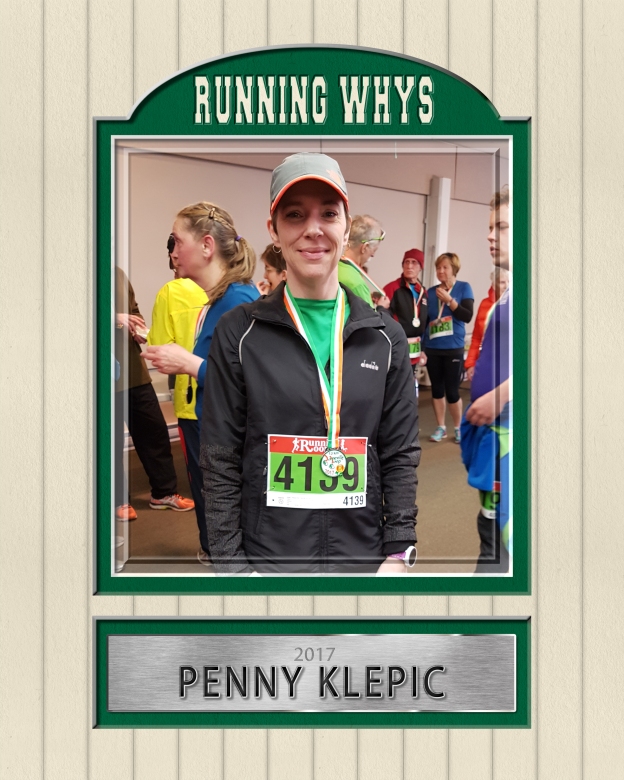 For Penny Klepic, the numbers tell the story.

In the three years since she decided to tackle running through a popular Couch to 5k training program, she’s transformed her health and her body, while enjoying tranquility on her runs and taking 26 minutes off her half marathon clocking.

“I was 50 pounds overweight and everything was hurting,” she explained of her initial motivations. “My oldest son is special needs and I needed an outlet to vent and clear my head most every day.

“Right now, running is a huge part of my life.” END_OF_DOCUMENT_TOKEN_TO_BE_REPLACED

As her tenure with Canada’s short track speed skating team in Calgary was ending, the pain in Andrea Bower’s back was intensifying.

And as she sought relief, she took a chance on a something not many would have prescribed – running.

Now back home in New Brunswick, Bower is celebrating 15 years of running for ‘the fun of it,” as she navigates life as a teacher, wife and mother. END_OF_DOCUMENT_TOKEN_TO_BE_REPLACED

This story ran in the Nov. 26th edition of the Daily Gleaner

The New Brunswick running season wrapped up last weekend with an impressive awards and Hall of Fame banquet in Tracadie.

But the unofficial running season takes few breaks and before we look back at the past year, planning is already well underway for next season’s events, including the Scotiabank Fredericton Marathon and the Liv9 Fall Classic. END_OF_DOCUMENT_TOKEN_TO_BE_REPLACED 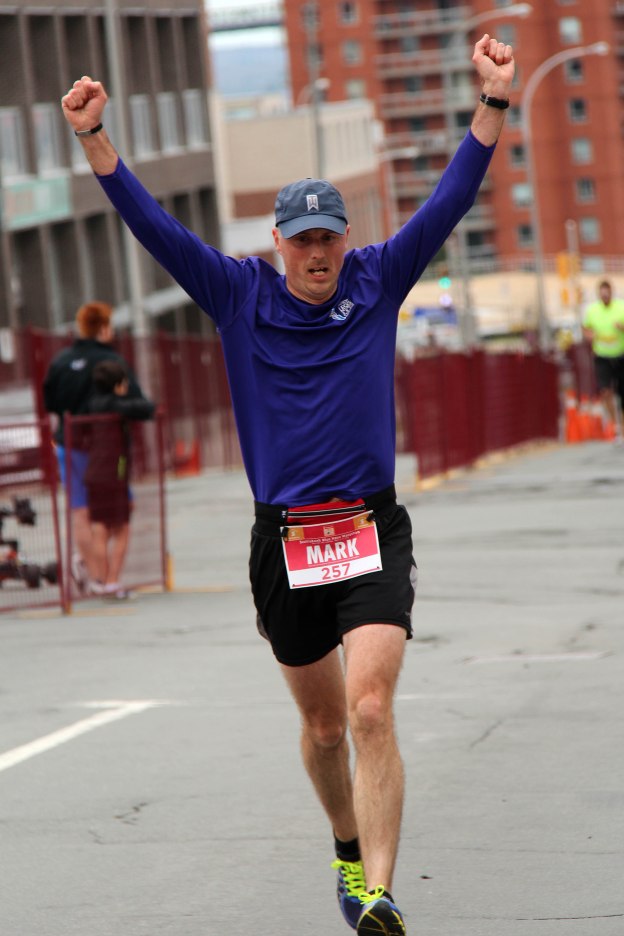 This story appeared in the Daily Gleaner on Aug. 27.

As a 40th birthday present to himself, Mark Scott adopted a philosophy of go big or go home.

So on Oct. 16, the Fredericton resident will be in Pownal, Maine, with eight of his running friends for the Big Brad Ultra, an 80-kilometre trail run that will test his endurance, commitment to training and reward a running career that has already achieved plenty in just six years.

“I got it in my head that I wanted to do something memorable,” said Scott, who lives in the city with his wife Wendy and two daughters.

“After four marathons in two years, I decided I was ready for a new challenge and this is what I decided on.” END_OF_DOCUMENT_TOKEN_TO_BE_REPLACED

This story ran in the July 30 edition of the Daily Gleaner.

It was more than 20 years ago when Dianne Sharpe found the flexibility in running as the perfect substitute for the regimented fitness classes she was having a tough time making because of work demands and life with a young family.

Little did the Saint John native, who has called Fredericton home since the mid 1980s, realize then that she’d never leave her new recreational pursuit and that it would take her to some of the biggest races the sport has to offer.

“I feel free when I am running and I love that,” said Sharpe, a speech language pathologist in the city. END_OF_DOCUMENT_TOKEN_TO_BE_REPLACED