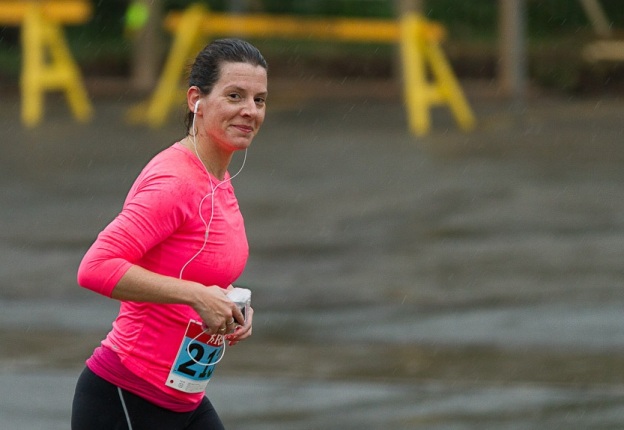 Caitlin Stevens-Kelly is shown in this photo at the Hampton 5-Miler. This year, she will race the half marathon at Marathon by the Sea, Photo from Run NB/Armand Landry.

What started as a quest for improved health has transformed into a deep appreciation for fitness and running for Caitlin Stevens-Kelly. When once a 5-kilometre race appeared daunting, she now leads community running clinics and has a number of longer distances on her resume, on her way to her first marathon event. Here is her story and her goals for Marathon by the Sea in August.

A doctor told me I had the lungs of a 76-year-old.

I was 30 at the time. I do have chronic lung disease because I was born prematurely. I weighed 1.0 kilogram at birth but had no other problems and through the years, I have been able, to some degree, ignore my chronic lung disease. However, asthma, several bouts of pneumonia and lots of medications later, I knew END_OF_DOCUMENT_TOKEN_TO_BE_REPLACED