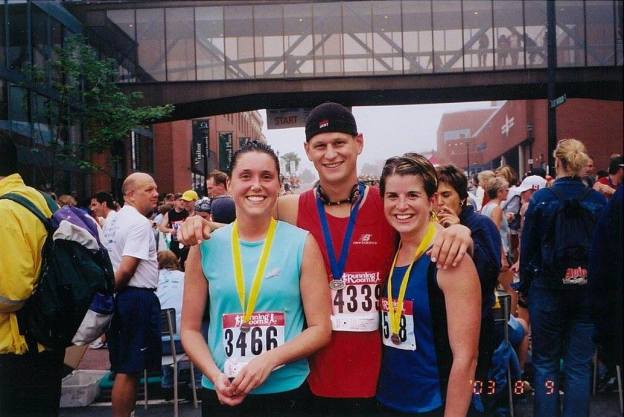 Natalie Davidson, right, ran her first half marathon at Marathon By The Sea in 2003.

Natalie Davison is originally from Moncton but now calls the far north of Queensland, Australia home. She moved there in 2008 after graduating from Dalhousie University with a physiotherapy degree.

Originally, the trip was thought to be a six-month holiday but she quickly fell in love with the country and never left. However, she is returning to New Brunswick to compete in the half marathon in the 2016 Emera Marathon By The Sea.

Of note, she is training in the winter in Australia although she was still running in shorts and a t-shirt. Eight years later, she is a dual citizen and loving life, while she misses her friends and family. END_OF_DOCUMENT_TOKEN_TO_BE_REPLACED